Over half the Earth’s eight Billion people are:   Jews, Christians, and Muslims. They are ABRAHAM’S PEOPLE.

Abraham and his tribe, 5,778 years ago, consisted of no more than a few hundred people at most. They lived and wandered with their flocks and family in the barren desert between the Tigris/Euphrates Rivers, the Mediterranean Sea and Egypt’s Nile River.

Abraham realized that all people in the world made up one human family.  Before that,  people experienced  other people differently. each from the other, by color, language, and culture.  And  they fought each other to the death when it meant that another group wanted the same thing that they had!

Some leaders of  militant groups, knew there had to be a better, safer way for people to live on this earth. They decided that the best way was to believe: that all mankind was created by a creator, and and it was  that creator  that told Abraham that  mankind had a purpose .

However, that is not what  all the people thought. Most people thought that that they should kill their neighbor before he kills you: & steal from the same neighbor before he steals from you! Still other people thought that this, our world, is a horrible, murdering world; and, therefore, this world  could not be the only world that  exists. There had  to be a world where individuals will experience PEACE/Shalom!   It was the world that we went to when we died, not to be found in this present world.

Abraham, Jesus and Mohammed instructed mankind  how to  love their neighbor as themselves.  Mankind’s purpose was to love and care for each other:  that was  the message of these great leaders!

However, there were too many people. disciples  of these great leaders, still believing that they are commanded by their religious leaders  to murder Jews and to destroy Israel.   So we,  a small  American group, decided that we will devote our time on earth to helping defend the Jewish people and the land of Israel from the murderous attacks of groups of  Abraham’s descendants, particularly those who seek the destruction of the Jewish People.

And we  start by helping  young men and women, both Christian and Jewish on our College -Campuses today by explaining Abraham’s true teaching; and how they can stand tall and strong and defend themselves, and search for the good and defend ourselves against the bad.

We believe that our goal is to better prepare young men and women who are studying on college -campuses of America today and protect them from:

1. Their own ignorance of their Jewish and Christian Identity.

2.Their own ignorance about Israel.

3. Protect them from their own ignorance about current- events in Israel from 1948 and      thereafter.

4. Protect them from their inability to realize who  radicalized Muslims are and how they differ from Jews.

5.  Protect them from their inability to protect themselves when attacked.

Abraham, Jesus and Mohammed say that we should  love each other.

Now we are at  the end of October, 2017, and anti-Jewish feeling is pervasive on the college- campuses in this great democratic country of ours!

Also, we will not forsake our brethren in Israel who reach out their hands to interact with us! Israel is under siege by a people who covet the land of the Israelis and do not recognize the Jewish existence on a land that Jews have lived on and dreamed about for 3,000 years; and now at last it is theirs and the newcomers won’t share it. They want it all!

We will not stand by while our children are assailed! We, the Founders of ‘The Mighty Right Hand’ pledge ourselves to do what we can to counter the evil intention of those young Americans who would callously and viciously sink to the level of barbarians to hurt and torment young Jews and Christians with aggressive intimidation  and barely concealed mischief. Make no mistake, these young enemies of Israel want to prevent the Jewish State from existing and their ultimate aim as a people is world -domination.  Therefore, we, ”Mighty Right Hand” Founders are committed to join hands against those angry, intense young people, whatever their religion or political I.D may be, and stop them from carrying out their mission. 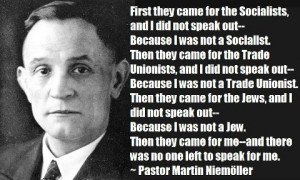 SO, DEAR FRIENDS: WE, THE FOUNDING MEMBERS OF :”THE MIGHTY RIGHT HAND” Have DEVISED A THREE WEEK COURSE OF STUDY FOR CREDIT IN ISRAEL At the best Teaching College  for College Credit.  Oranim  International Summer School

This is a text widget, which allows you to add text or HTML to your sidebar. You can use them to display text, links, images, HTML, or a combination of these. Edit them in the Widget section of the Customizer.
%d bloggers like this: